In the aftermath of all the Mammy-related madness discussed in Part 1 of this series, it’s time for those of us who are sane, sensible, and self-actualizing African-American Black women to turn our complete attention back to optimizing our own lifestyles. And to do so with a light and unburdened spirit. Like so (lol): 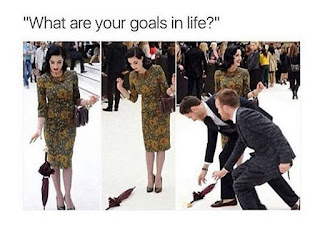 It’s okay to turn away from the mammy mules and Sista Soldiers with a smile.

I’ve just seen breaking news online headlines about snipers taking advantage of the opportunity presented by the protests in Dallas to shoot approximately 11 police officers, killing 4 of them.

At this point, there’s no way to know *what* the shooter(s)’ motives were.

They could be violent White male extremists looking to do a “false flag” operation to put more “heat” onto silly Black women Black Lives Matter activists.

They could be anti-police Black males looking to take revenge.

They could be deranged Muslim extremists looking to increase the chaos and hatred in the U.S.

In short, the shooter(s) could be ANYBODY looking to use YOU as a human shield for THEIR agenda. Y’all Black women protesters are as dumb as rocks:

African-American Women Who March In Ferguson,Missouri Are Fools With A Death Wish

I’m going to sit back and watch to see if the White American power structure MAKES all the silly, gullible Black women celebrities who stuck their necks out in support of this dead pedophile backtrack on their statements. I won’t be surprised if these mammies find themselves feeling forced to apologize for the slaying of these police officers. Killings of police officers of which I’m almost 100% certain Black women had NO involvement. Time will tell, as it always does.

Amended at 12:49 a.m. on 7-8-16 to add: I just saw a comment indicating that there’s a female suspect also being sought by the authorities. I hope that’s not accurate. If that individual turns out to be a (idiotic Sista Soldier) Black woman, then watch out! Collectively, we have NO protectors or allies. Black women are NOT prepared for the backlash that’s going to come from these killings.

All I can say at this point is that y’all were warned not to participate in this Black Lives Matter mess by various BWE and BW-centric writers. Y’all were warned not to make yourselves the public face of this mess. When I first wrote this post earlier in the evening, I was focused on the ethical aspects of this. Because I wanted to make sure I never gave pedophile-supporting mammies any support whatsoever.

But now that somebody has used dumb mammies’ Black Lives Matter protests as a staging ground for an act of terrorism, this has escalated from a matter of ethics to a life-and-death decision.

IF you want to survive (not to mention thrive), you MUST cut ALL of these mammies loose! Immediately.

Amended at 8:41 a.m. on 7-8-16 to add: Thanks for all the information, ladies! Now that this situation has morphed into a domestic terrorism case (as discussed in the amended portion of this post), I'm going to close the comments to this post later today.

I’m making an exception and opening the comments to this post (for now) because I want to compile a list of all the Black mammies who are actively supporting the memory of the dead convicted pedophile Alton Sterling. See information regarding the dead pedophile’s criminal record HERE.

I want a list so I can make sure to boycott every single one of these penis-pandering mammies. Because these mammies, for all practical purposes, ignore the near-daily occurrence of Black male-committed atrocities committed against their fellow Black women. They apparently don’t care about murdered Black women’s children; but they’re roused to action in support of a convicted pedophile.

I’m talking about atrocities like the recent public murder of a young Black mother named Jessica Hampton. Jessica Hampton who was stabbed to death by a negro male on a CTA Red Line train. While negro male passengers did nothing except videotape her agonizing death and post the footage on social media. See news story HERE. And then there was the spectacle of negro males and penis-pandering mammies spreading rumors on social media in an attempt to “justify” her murder. 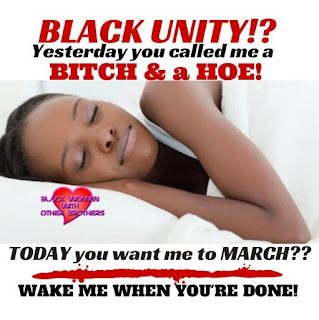 Thanks to Mrs. Dee Dee Russell-Lefrak of Black Women With Other Brothers for this excellent meme!


In her most recent video titled THE X FACTOR: ONESIDED LOYALTY IS FOR SUCKAS, Breukelen Bleu has articulated exactly how I feel about this mess.

It’s good that there’s a critical mass of Black women who have the common sense to require reciprocity in their interactions and support. Those of us with common sense and self-love have already divested from Black males who don’t support us.

The next step is to draw a line in the sand between ourselves and the penis-pandering mammies who support predatory Black males at the expense of other Black women and girls.

And so, I’m drawing a line in the sand against these mammies. It’s time to cut Mammy loose!

Starting with Issa Rae. I will never support any project that she’s involved in.

By “active support” I mean any Black woman who is organizing, protesting, lobbying, raising money or doing anything else in support of the memory of the dead convicted pedophile Alton Sterling.

If you comment and give information and “receipts” (links) regarding other Black women who are actively supporting the memory of the dead convicted pedophile (and woman beater) Alton Sterling, I’ll edit this post to add their names to my personal boycott list below:

3. Beyoncé [I never cared for her anyway]

9. Rashida Jones [A biracial chick that I never supported]