This Is Not A Good Picture 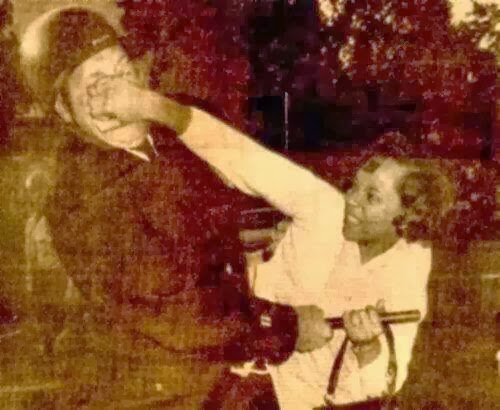 I've seen this photo posted at several sites; and I've been horrified to read comments from African-American women expressing what seems like approval of this photo.

I don't know who the sister in this photo is or was, or what was happening (a civil rights protest?) when this photo was taken. But I do know that this photograph is a perfect microcosm of what's wrong (and what's been wrong for a very long time) with the African-American collective.

This photograph shows a Black woman who is totally unprotected by the males in her ethnic group and race.

Men fight other men; and protect the women of their group from being attacked by outsider men. At least that's how things operate among non-African-American ethnic and racial groups that have M-E-N among their collectives. [As opposed to being composed of non-protective males.]

A woman shouldn't be placed in a position to have to trade blows with men. That's not anything to applaud.

I didn't understand any of this because I knew my father would never tolerate such things. I knew that my Dad would never allow anybody to put their hands on his wife and children the way these photos showed other Black fathers letting violent racists beat their wives and children. Including if he had to get hurt or killed protecting us.

Most of all, I didn't understand why African-American women and children were put on those front lines to be beaten by racists and chewed up by attack dogs in the first place. I couldn't understand how adult Black male protesters allowed little Black children to participate in anything as dangerous as those protests. I couldn't understand how those Black children's parents could allow their children to risk their lives like that. Adults are supposed to protect children. In particular, adult men are supposed to protect the children in their orbit.

I was blessed to grow up being protected by my father, my uncle the Chicago Police Officer, and other adult (and older teenager) male relatives. So, I couldn't relate to the idea of being on any kind of frontline as a girl/woman. Or the idea of being affiliated with males who would passively stand around and watch while some other males beat me down into the ground. Which is why those civil rights photos always looked "off" to me. As opposed to the old-school Nation of Islam (NOI), which didn't throw their women and children onto the frontlines of potential conflicts. The NOI would have the trained M-E-N of the Fruit of Islam deal with any and all potentially dangerous situations.

Normal M-E-N don't hide behind their women and children.

Nor do they use their women and children as cannon fodder in a conflict with men from other ethnic or racial groups.

This is not a good picture. It's certainly not anything to applaud. I hate that the Black woman in the photo was put through this sort of experience.
Posted by Khadija at 2/28/2014 12:02:00 AM

Labels: a picture is worth a thousand words, common sense

African-American Women: Here's Some Of The Fruit That You've Earned With Your Knee-Jerk, Rabid Support of "12 Years a Slave"

I'll keep this short because the point is [should be] self-evident. {smile}

A lot of y'all got mad when I questioned your knee-jerk, rabid, UN-reciprocated crusades in support of the "12 Years A Slave" flick.

Well, this Vanity Fair cover is one of many bitter fruits y'all are going to reap as a result of this entrenched knee-jerk behavior pattern of constantly throwing on your Superwoman cape in support of any and all random Black-skinned faces. All without ever asking the simple questions of: 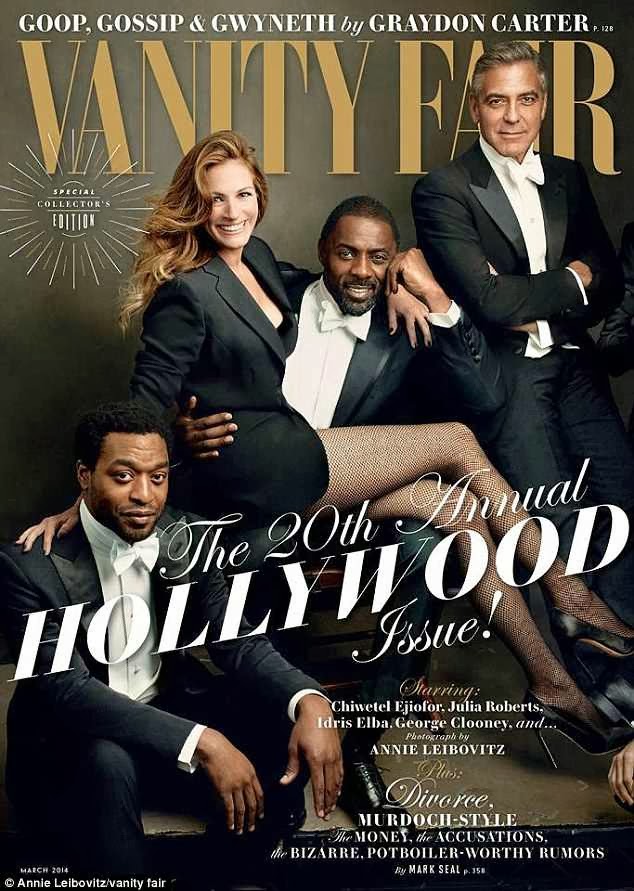 There's not a single African-American actress shown in any of these photo shoots. Not. A. Single. One. The WW appear to be in physical contact with other people in their poses. While the two foreign BW are featured in an inner page while standing or sitting in isolation from other people.

And a lot of y'all are still wearing your Superwoman capes in support of the African actress featured here [and lots of other places]. At the risk of committing blasphemy, I wonder: What has Lupita Nyong'o ever done in support of African-American women to have earned your rabid, knee-jerk support?

What a lot of y'all don't seem to comprehend is that, for the most part, BM actors (foreign and domestic) and foreign BW actresses are rising at your expense.

When you give UN-reciprocated support to BM creatives and foreign BW creatives, you are supporting your own displacement and erasure. This "12 Years A Slave" movie that generated all this "pub" for the NON-African-American Black creatives involved in it was based on the real-life experiences of African-American persons.