I stayed up very late the other day on June 23, 2016 to watch the news coverage of the U.K.'s referendum to decide whether the UK should leave or remain in the European Union. They decided to leave (also known as “Brexit”—Britain + exit). I believe this marks the beginning of the end for the masses of African-American “useless eaters.” Another historical way of describing useless eaters was “life unworthy of life” (as the Nazis put it).

Don't be surprised when you start hearing American politicians and political operatives openly using this type of terminology to describe nuts like the individual in the video below and her 15 bastard children. Americans who work for a living are fed up with their tax dollars being used to subsidize THIS type of breeding behavior:


Other BW-centric writers also see Brexit as an indicator of the many major shifts that are in progress:

Everyone who was present for my 4 Winds show already knew that this Brexit was coming. I already warned you all 2 years ago to be preparing for major shifts and major alliance shifts as well. The powers that be are repositioning themselves. It's going to be a bumpy ride.

In part, Breukelen Bleu said the following during one of her recent Facebook posts, Last Stop On The Gravy Train:


I, along with many others have tried to WARN black women that shit is about to change in ways that we CANNOT IMAGINE, and that if you are a SMART bw, you will adjust your behaviors, choices and goals, accordingly. Few black women actually LISTEN unfortunately - a fact that leaves little else but the retort....."Let the bodies hit the floor"..The things that are happening around the world today are SIGNS that the predictions are coming true. European nations, burdened by the onslaught of black, yellow and brown faces across their borders, along with many other economic, political and cultural concerns are LEAVING the organization created to UNIFY them all. The white nations of this world are tired of catching the fall of those black/brown/yellow nations' citizens, who bum rush their borders in search of better lives - lives that their OWN nations cannot or CHOOSE NOT to provide. The Haves are TIRED of The Have Nots and its ONLY a sign of whats to come. What we see today is the CANARY IN THE COAL MINE for whats coming, and if we are silly enough to believe that CLASS and ECONOMICS are less important that RACE and SOCIAL JUSTICE, then we pretty much deserve what we get. Black women have had their HEADS TURNED, focusing on the lives of black MALES while the rest of the world has decided that they are tired of breeders, peasants, trouble makers and losers - a demographic that most bw and their children fit NEATLY INTO. Whats happening in Europe is the PRECURSOR for whats to come HERE, and black women - who rely extensively on the 'Good Will' of the larger society to survive - are going to get hit the worst. ..The Dow is down 600 points. The world economic structure is PANICKING and the ripple affects are just beginning. ..Donald Trump is going to WIN this election. He has long aligned his message with anti-immigration and other messages that are playing into this BREXIT thing thats taking place. He is going to leverage all of this to a WIN!, and if he doesnt, he will have garnered so much support in the process that he or someone like him are sure to end up president in 4 years. This move by the UK signifies a EVERY MAN FOR HIMSELF paradigm that will only INCREASE there, and IN THE UNITED STATES. The Gravy Train that black women have relied on in lieu of dependence on our impotent and ineffectual sons, for generations, will be over. Our reckless breeding, lack of economic preparation, Consumer Mindset and limited access to Resources and Protection are going to look VERY different in the world to come. We are SEEING right before eyes what happens when the 'Throw Away' people of the world become too much to burden. Its clear that we are next. ..Shit Just Got Real, yall. ..ThaBleuPrint© 2016.

Yep, that about sums it up. Here's a video by Van Jones for those folks who are complacent about the odds of Trump being elected the next U.S. President, Freaking Out YES, BREXIT PROVES Trump Can Win the U.S. Presidency:


Lest we forget, this is the same ultra-Black-talking Van Jones who transfers his personal wealth to his White wife. 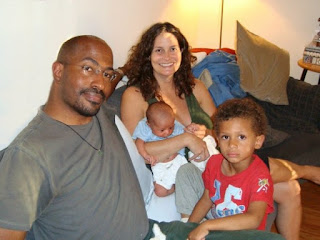 Nevertheless, he does have a point about the parallels between British Brexit supporters and American Trump supporters. They're more or less from the same racial, social and economic demographics: Angry working class White people who are fed up with being used and pimped as the safety net for nonwhites from failed 3rd world societies.

I'll close with a couple of relevant trailers. The first one is for the latest entry in The Purge movie franchise, The Purge: Election Year. The one after that is a “joke” trailer titled “The Purge: Donald Trump Version.”