Bitter Black Male Troll at Lipstick Alley — Thanks So Much For Giving Free Publicity To BWE and BW-Centric Blogs!

I ignore a lot of things, but I’m going to indulge myself for a minute here. The recent activities of a Bitter Black Male Troll have given me a good belly laugh, and I had to share the giggles.
There’s a Bitter Black Male Troll who hangs out on Lipstick Alley. This particular Bitter Black Male Troll is totally transparent in his activities. He haunts BWE blogs and BW-centric blogs. He then runs to post misinformation on Lipstick Alley in which he distorts, twists, and sometimes tells outright lies about the conversations going on at various BWE and BW-centric blogs.
This Bitter Black Male Troll tries to invent imaginary “beef” and “shade” between various BW bloggers—typically in situations in which there’s nothing more going on than a “reasonable minds can differ” philosophical disagreement. This Bitter Black Male Troll doesn’t understand that emotionally mature adults don’t always have to be in 100% agreement with each other.
What’s hilarious about all of this is that he can’t get any traction for his foolishness and dishonesty. Not even on Lipstick Alley. What he tries to do often backfires; with BW posters over there writing in to say that they agree with the original post by the BW blogger (that the Bitter Black Male Troll either twisted around or deliberately misquoted).
Dee Dee Russell-Lefrak*, the writer of Black Women With Other Brothers, has lots of memes that perfectly describe the mentality (such as it is) of this particular Bitter Black Male Troll. I mean, really now . . . normal, emotionally healthy men don’t hang around (much less haunt) women’s conversations and blogs.
[*Congratulations on your recent marriage, Dee Dee! I also appreciate the way you kept your private life private! I feel the same way about all the over-sharing of personal information that so many BW do on social media.]


Anyhoo, she’s got plenty of funny-but-accurate memes like the following ones: 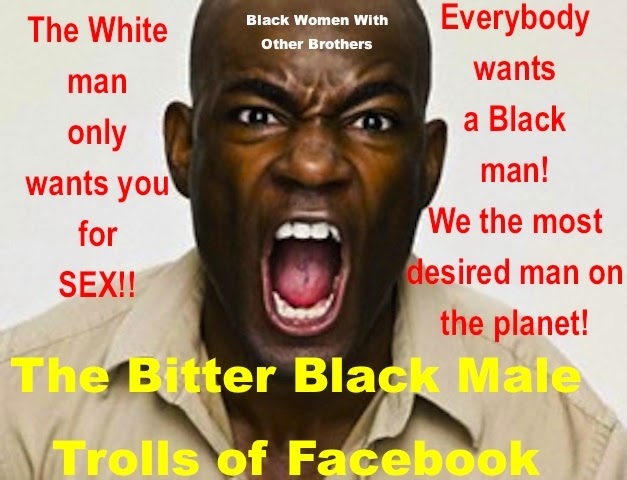 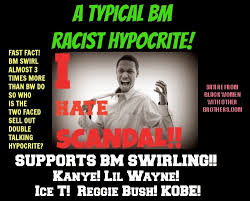