Addendum: It should be noted for the record that all these various 3rd world immigrants that are shrieking over Pres. Trump’s recent Executive Order banning their entry into the country had been reaping a benefit of the African-American Civil Rights Movement. A movement by African-American martyrs that led to the 1965 Immigration and Nationality Act.

Before the African-American Civil Rights Movement, White Americans were extremely clear about keeping 3rd world immigrants OUT of the United States.

These various 3rd world immigrants—who, for the most part, have never lifted a pinky finger in solidarity with African-Americans OWE an unpaid debt of gratitude to our African-American civil rights martyrs. From today's Los Angeles Times Op-Ed:

Trump’s action, determining one’s ability to enter the country based on nationality and place of residence, is illegal. The Immigration and Nationality Act of 1965 explicitly says that no person can be “discriminated against in the issuance of an immigrant visa because of the person’s race, sex, nationality, place of birth or place of residence.” This act was adopted to eliminate the prior practice of immigration quotas from specific countries.  Indeed, in signing the legislation, President Lyndon Johnson said that “the harsh injustice” of the national-origins quota system had been “abolished.”


Introduction To All Posts:

After the VERY fast-moving* events of Pres. Trump’s first week in office, now would be a good time to read through the Dystopia Now series of blog posts, particularly those dealing with what savvy African-American women are doing in light of these developments.

*I hope y’all can see just how quickly things such as your rights, your ability to move around, and your very freedom itself can be curtailed in a 3rd world authoritarian country (which is what the U.S. is turning into, quiet as it’s kept). I’ll note that I predicted Trump’s election in March 2016 in Part 2 of this series. 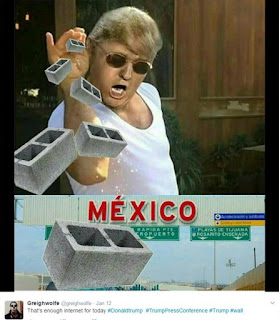 Dystopia Now, Part 4: Get Away From Atlanta &Keep Your Daughters Away From Historically Black Colleges & Universities